Theme parks are a perfect getaway for a weekend. That perfect getaway gets even perfect if you get the adrenaline rush you craved for at that theme park. Being the largest theme park in the Chicago area, Six Flags Great America certainly lives up to that hype. Like all parks in the Six Flags chain, Great America is mostly about thrills that are delivered by its arsenal of roller coasters and the legions of screams they elicit can be heard from one end of the park to the other. If you’re heading to Six Flags Great America this weekend, here’s the list of rides that will definitely merit your screams.

Goliath claims the top spot of the Six Flags Great America Thrill Rides since its 2014 debut. This wooden coaster is stupefying in ways that you will not be able to understand until you find yourself in a seat, clenching the bar for dear life. When it opened in 2014, Six Flags billed Goliath as the world’s tallest, fastest, and steepest wooden roller coaster. The most adrenaline-charged part is the 180-foot drop that will have you staring directly at the ground. The slope is 85 degrees, only 5 degrees off from a complete vertical slope and there are plenty of inversions and barrel rolls along the line. With a top speed of seventy-two miles per hour, you’ll reach the exit before you can even fully let out your first scream. After falling 180 feet in a matter of seconds, you are thrust into a twisting track filled with inversions and banked curves that have a zero G-roll twist that will make your stomach drop in the most nerve-wracking way.

All hail the best ride at Great America. Although Raging Bull doesn’t go upside down, it is the tallest and longest ride in the park, not to mention it’s extremely smooth. Since its opening in 1999, Raging Bull has been the most iconic roller coaster at Great America. Bull is a roller coaster that cannot be tamed. A slow 20-story climb gives you the notion that everything is going to be okay, but then you get dropped 208-feet at speeds of 78 miles per hour into a dark tunnel under the ground, leaving you gasping for breath. The madness continues after you emerge with banked curves, helixes, and even more hills to soar down. The Raging Bull is a force to be reckoned with; just try and hold it together for more than 9 seconds. The false dip before the initial drop is sure to give you a serious case of the willies.

Vertical Velocity is a chef-d’oeuvre of simplified thrill. V2’s enormous goalpost shape summons you the moment you enter the park. This short, sweet ride sends its 28-passenger train slithering at 70 miles per hour up a corkscrew, then plummeting backward through the station house and up another vertical track, leaving riders more than 100 feet in the air, staring at the ground, only to fall back down again, rinse and repeat. Before you can even comprehend how fast you are going, you will be winding up to the top of a 185-foot tower before pausing for a split second. From there you soar backward at top speed as you rise up the other tower to feel as if you are going to be blasted into the atmosphere. The combination of pure speed and total free-fall make for one of the most invigorating experiences in the park. When riders stop at the top of the second tower, they face 90 degrees down and experience a nice pop of airtime while they hang suspended. With its intense bursts of adrenaline-pumping thrills, Vertical Velocity is not for the faint-hearted. Sit back, and try to relax, as you shoot into the sky gaining an incredible bird’s eye view of the entire park.

X-Flight is a ground-breaking coaster. There is no track above your head or below your dangling feet. This one-winged coaster allows riders to sit on either side of the track, making you feel weightless, which really gets your adrenaline kicked in. This ride gives you the feel of what it might be like to travel 55 miles per hour on the wing of a plane. Having climbed 120 feet, you’ll barrel roll, drop and even dive full speed ahead toward an airplane control tower before you narrowly escape disaster to squeeze through a keyhole opening at the last instant. While it provides virtually no negative G-force airtime, X-Flight pours on the positive Gs. Made to look like a tall, thin air traffic control tower, the trains race toward it as if hellbent on a collision. At the last possible moment, the train rotates 90 degrees and barely squeezes through the slit in the tower.

You’ll climb 10 stories and get a rush of adrenaline at 55 miles per hour while your feet draggle 100 feet high through swoops, loops, and corkscrews over some great views of the park. Opened in the ’90s, this landmark roller coaster now has clones all over the world. It is the world’s first inverted coaster in which the trains hang beneath the track. It’s not particularly tall or fast compared to other behemoths. But with its tight inversions, including a signature teardrop-shaped loop, Batman imparts some bone-crunching positive G-forces.The ride includes two vertical loops and three “heartline spins.” According to Six Flags, each “heartline spin” provides 3 seconds of zero gravity.

Modeled after Coney Island’s legendary Cyclone, Viper has all of that ride’s gritty brutality. A good chunk of the fun in riding roller coasters comes from the fear that you are going to die. Viper is a prime example. The 55 miles per hour top speed is nothing crazy, and the drops are nothing to write home about. But the way the train skids along the wooden track truly makes it feel like you are going to plummet to an unfortunate bereavement before the ride’s end.

The seats on Superman: Ultimate Flight tilt forward 90 degrees so that passengers are facing the ground before they leave the station. This positions riders in “flying” mode. As the trains maneuver through loops and other inversions, they can stretch their arms out, just like Superman, to fly through the air. TrySixFlagscoupon code to avail discount on your tickets. We bet that these rides will leave you feeling nauseous and siphoned yet extraordinarily high on adrenaline.This Superman-themed coaster isn’t faster than a speeding bullet, but it’s the only attraction in the park that forces you to ride headfirst. It doesn’t exactly replicate the sensation of flight, but the ride’s twisting pretzel loop and barrel roll will make you walk away feeling heroic.It’s the holiday season and you can definitely use an adrenaline rush amidst the hassle.

Gift personalised coffee mugs to your best friend on her birthday

admin - October 12, 2017
0
People usually search for the best surprise for their loved ones or closed ones. Personalised coffee mugs can be best option to surprise someone...

admin - January 7, 2020
0
There are quite a few races out there, all of varying prestige and importance. One of the most world renowned is, of course, the...

admin - December 21, 2019
0
The bitcoin is one of the popular crypto coins that help in offering the best profits. Therefore, many people are interested in investing these...

How to Find Price cut Camera Equipment with the Help of Charles Nucci?

admin - November 21, 2016
0
When acquiring camera equipment it is significant to know that the price tags on the equipment are not engraved in sandstone. It is likely... 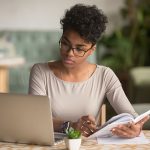 How To Sell Online Courses Through Spayee 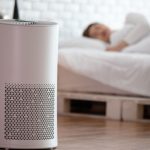 admin - February 17, 2021
0
You should do everything within your power to keep your environment safe for you and other people living in your space.  An allergy filled... 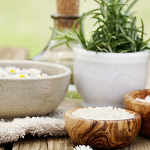 admin - February 17, 2021
0
Everyone knows about the procedures and devices of current clinical treatment. When you are sick, call a specialist and maybe take some medicine, for...